Since the fall of the Iron Curtain a quarter century ago, the world has been busy building barriers at an unprecedented rate: about 10,000 km of wire, concrete, steel, sand, stone and mesh has been employed to keep people out or in. Paradoxically enough, this avalanche of obstacles is accelerating even as we experience the age of free trade agreements, free movement of global capital, and the increased mobility of instant communication.

Interestingly, the more walls that get torn down between smaller entities in the European Union, the larger the walls become that surround the emerging unit. This releases forces that have far reaching consequences, as every new conflict is accompanied by a new wall. Take the case of Ukraine, where Prime Minister Arseniy Yatsenyuk announced plans in September 2014 to build a 2,300 km long ‘real border’ with Russia. Heavy fighting and the current fragile armistice have not led to a cancellation of his plans but to a westward shift along the new frontier. At the same time, Saudi Arabia is securing its border with Iraq by means of a high tech system that includes multi layered fences (for a total of 900 km) built as protection against the Islamic State. An even more recent project, announced by the Kenyan government in March 2015, is the planned construction of a 200 km long wall between Kenya and Somalia.

Although the imaginary ‘Neufert of Terror’ shown on these two pages could be used as a guidebook for dictators and other tyrants, our intention is to raise awareness of oppression and to stimulate thought about ways to overcome disharmony in the world. 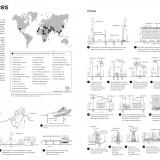 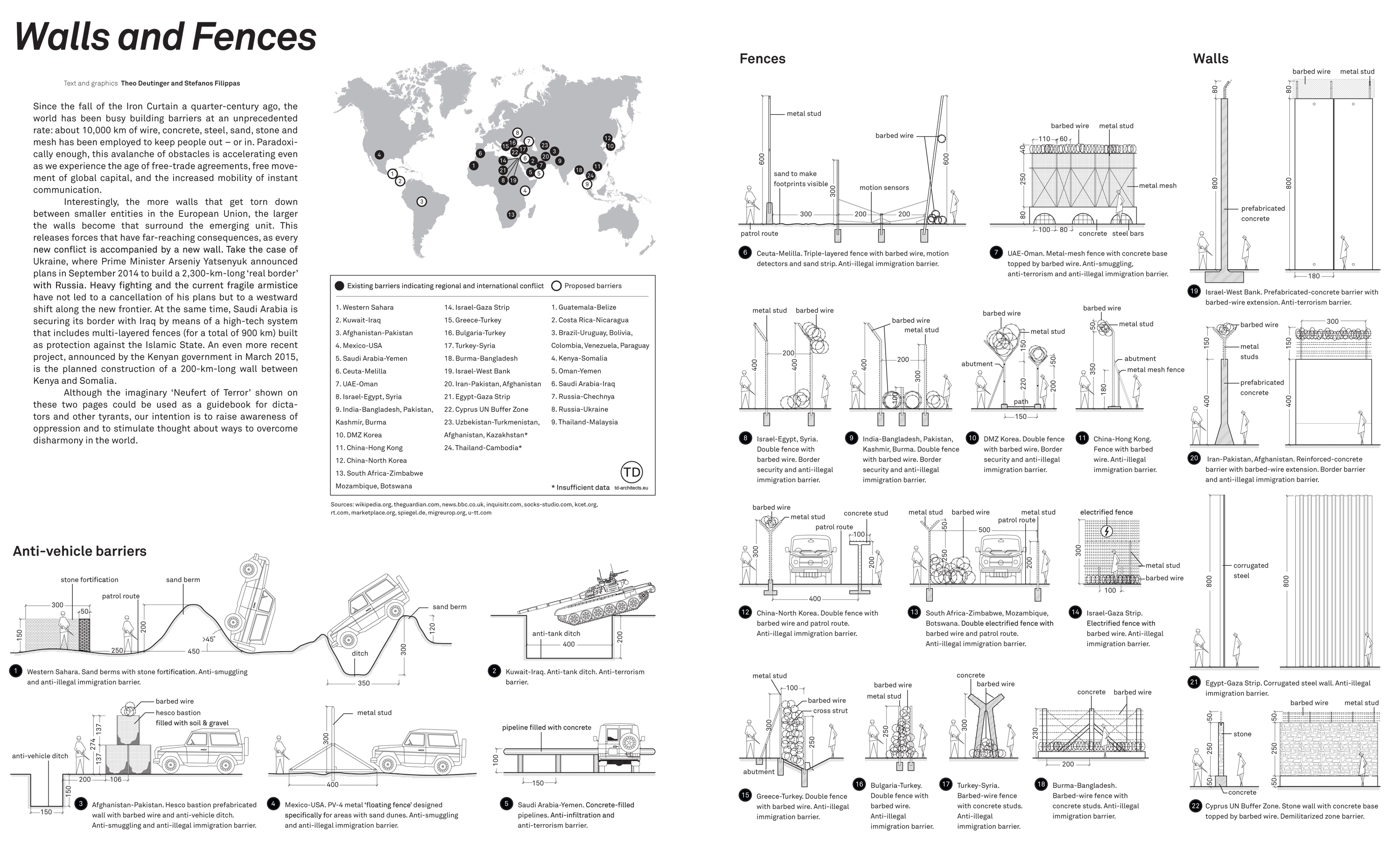