What is tourism and why to people do it? Is it an “ism” like fascism or capitalism or communism?

Let’s just assume tourism is one of the big “ism’s”, an ideology, a full grown idea that is strong enough to attract a massive amount of followers. It basic belief is the idea of the “better there”[1] , the strong belief in a remote place that is much better than home. To enact tourism one leaves home and surrenders to the “better there” temporarily, since it is clear from the beginning that one will return back home again.  The visit itself is filled with gathering treasures of the “better there” and from the very moment of arrival a tourist gathers impressions, noises, pictures, souvenirs, new energy and sun tan. The obligation is to return home with as much treasures as possible to be nourished from till the next tour. Seen in this light, tourism seems to be an act from a new hunter-gatherer society[2]. This would explain why tourists behave so differently than locals. Hunter-gatherers can be easily recognized through their constant level of high attention in order to spot targets, their appearance in groups and their constant debate about routes, times and meeting points (swarming out – coming together).

Excellent hunting grounds are defined by a high density of prey (touristic highlights) which evidently results in a relative high success rate: in a minimum of time one can gather the maximum of impressions, pictures and souvenirs. An unprecedented density of highlights makes Amsterdam for sure one of world’s best hunting grounds. One of the city’s biggest highlights, the ‘grachten’, cover almost 100% of the hunting ground and house most of the other highlights like coffee-shops, red-light district, museums and the Anne Frank Huis which results in a unique superposition of prey. In addition, Amsterdam enjoys an extreme high diversity of tourism sub-categories’, thus serves a multitude of hunter-gatherer interests: drug, sex, gay & lesbian, bachelor, city, architecture, museum, catastrophe (Anne Frank / WWII).

Amsterdam as hunting ground is too attractive to be left out. The stream of hunter-gatherers will only grow and it seems that they can neither be stopped nor guided. Yet there are existing examples in the world of hunting as in the world of tourism, which set limits in order to preserve. The most well known example in tourism, are the Paleolithic caves of Lascaux in France. Since 1983 an exact copy of the Great Hall of the Bulls and the Painted Gallery that depicts the 17.300-year-old wall paintings, is open for public. The original is sealed off since the change of temperature and humidity caused by the massive accumulation of people pose immediate danger to the artworks. The most well known example in hunting is the introduction of hunting seasons, which bans hunting temporarily during the period when the female mammal is ready to mate.

Directly applied to Amsterdam this would result in the following two options: I. Seal off the original city for tourists and build a replica;

II. Introduce hunting seasons and ban tourists temporarily from the city in order to give the locals time for themselves[3].

While the first option probably would only be applied in case of immediate danger to Amsterdam, the second sounds feasible. In the world of hunting, the one in charge of the hunting seasons is the gamekeeper, a local expert who knows each game in his hunting ground by name. If one wants to hunt, one has to come in contact with the gamekeeper who explains the newcomer the basic rules, the status of the game and the seasonal restrictions. Tourism knows gamekeepers by the name ‘tourist guide’, yet to take a guide is not obliged and guides can appear in various forms as website, as book or as real person that guides one through the city. But still, no matter the degree of guidance, many get lost or don’t know the basic rules of behavior.

In 2010 Istanbul introduced with the “Volunteer Tourism Ambassadors Project” soft gamekeepers. Students in blue T-Shirts with “Ask Me” written in big letters on it, offered voluntary help to everybody to find the way around in Fatih, the city’s most crowded district. It is a very simple and easy, but highly effective way to take away pressure from heat-struck, confused tourists and bring them in contact with locals at the same time.

Another option to de-escalate the massive accumulation of hunter-gatherers at certain spots could be the method of de-densification. One would simply release the game onto a bigger surface; which could happen on different scale levels.

On the scale of the Randstad this could mean that Amsterdam shares its fame with Utrecht, Den Haag, Leiden and even Rotterdam, also as the travel times between these cities are extremely short - “We dutch” instead of “I amsterdam”. This could be even reinforced on the city scale, where Amsterdam could actively promote museums and highlights from other cities or even houses branches from the Boijmans van Beuningen or the Mauritshuis in The Hague. Instead of a city map a Randstad map could be handed out, showing the train network as metro lines, focusing on time and frequency of connections rather than distance.

On the scale of the individual highlights, fluctuating and well programmed opening hours and architectural interventions such as multiple entrances for major highlights could help to unravel the knot.

To get a grip on the subject the above mentioned suggestions would need to be well designed and adjusted  to each other. Generally one has to accentuate that a considerable advantage of hunter-gatherers is, that they want to blend in. Congestion and angry settlers is the least they want to spoil their game.

[1] Or the “worse there” in the case of catastrophe tourism

[2] A hunter-gatherer society is a nomadic society; Some anthropologists maintain that hunter-gatherers don't have permanent leaders; instead, the person taking the initiative at any one time depends on the task being performed. In addition to social and economic equality in hunter-gatherer societies, there is often, though not always, sexual parity as well. Hunter-gatherers are often grouped together based on kinship and band (or tribe) membership

[3] two months per year would probably be sufficient 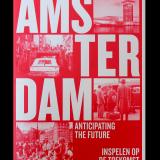