Natural resources are hot. And as supplies on dry land become exhausted, countries around the world hastily work to secure exploitable offshore territory.

Practically, this means that if a country owns a tiny rock somewhere in the ocean, the rock has an exploitable surface of 166,331 square miles, which equals the size of Iraq. If EEZs happen to overlap, the states involved must delineate boundaries—a rule that has led to decennia of dispute. Yet there is more “land” to claim and more squabbles ahead, since the 200-nautical miles definition has been supplemented at the UNCLOS III convention (attopted in 1982) with a clause that allows the expansion of this zone up to the continental shelf.

The continental shelf is defined as the natural prolongation beyond EEZs, however it may never exceed 350 nautical miles from the baseline, or 100 nautical miles beyond the 2,500-meter isobaths. The 1994 ratification of the United Nations Convention on the Law of the Sea (UNCLOS) established the International Seabed Authority (ISA) in order to organize and control all mineral-related activities in the international seabed area, which are beyond the limits of national jurisdiction. In 2000, the ISA made its main legislative achievement to date, which regulates and governs the exploration for polymetallic nodules. These potato-sized lumps contain varying amounts of manganese, cobalt, copper, and nickel. Only one year later, Russia made the first official submission to establish new outer limits of the continental shelf to harvest the nodules; and since then, 74 such claims have been filed at the UN office for Oceans and Law of the Sea.

With technological advances in harvesting the seabed, mining for minerals in the deep ocean is now easier and less expensive than ever. Consequently, the International Seabed Authority needs to get all hands on deck. To date, only four spots have been reserved for mining in international waters, yet with a combined area half the size of Europe, these “spots” introduce a new continent to the world of resources. 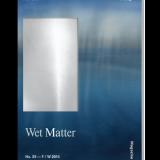 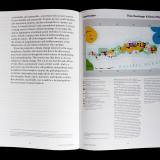