Handbook of Tyranny - the book

Handbook of Tyranny portrays the routine cruelties of the twenty-first century through a series of detailed non-fictional graphic illustrations. None of these cruelties represent extraordinary violence – they reflect day-to-day implementation of laws and regulations around the globe.

Every page of the book questions our current world of walls and fences, police tactics and prison cells, crowd control and refugee camps. The dry and factual style of storytelling through technical drawings is the graphic equivalent to bureaucratic rigidity born of laws and regulations. The level of detail depicted in the illustrations of the book mirror the repressive efforts taken by authorities around the globe.

The twenty-first century shows a general striving for an ever more regulated and protective society. Yet the scale of authoritarian intervention and their stealth design adds to the growing difficulty of linking cause and effect. Handbook of Tyranny gives a profound insight into the relationship between political power, territoriality and systematic cruelties.

Special thanks to Brendan McGetrick’s for giving the permission to feature his work on Death Penalties and his great essay “A Vast Conspiracy” and Stefanos Filippas for his perseverant work on the illustrations. Most of the illustrations in this book have been previously published in Mark Magazine throughout the past five years. Many thanks for the support by the creative industries fund NL, Land Salzburg and the Federal Chancellery of Austria as well as de Architekten Cie., Renny Ramakers and Monique Leenders. 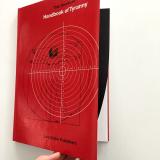 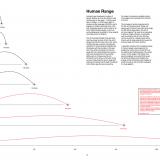 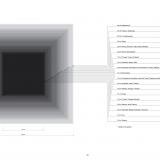 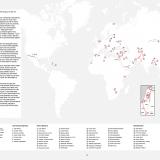 A book that questions our current world of walls and fences, police tactics, crowd control and refugee camps. 12 people were killed by a vehicle on a Christmas Market in Berlin last year. 14 people died at the Ramblas in Barcelona this summer, after a van drove into the crowd. As a result, 96 concrete blocks were recently placed throughout the city of Amsterdam, in the hope of preventing a similar attack. While this urban design interventions can be seen as local security measures, cities and countries all over the world are implementing walls, laws, controls and surveillance systems all around us: at our borders, in our streets, and even in our homes. Are these interventions bringing us more safety, or are they signaling the development of an authoritarian-like society? Architect Theo Deutinger exposes today’s oppressive urban designs in his graphic, non-fictional “Handbook of Tyranny”, thereby offering an insight into the relationship between political power, territoriality and systematic cruelties.

Borders and Territories: Identity in Place

A symposium to kick off the new ANCB programme Borders and Territories: Identity in Place with Theo Deutinger, Annett Zinsmeister, Ai Weiwei and Lukas Feireiss Borders and Territories: Identity in Place aims to examine new spatial, geopolitical and cultural possibilities related to nations and people on our globe. In this discourse, ANCB considers identity as a spatial problem caught between territorial claims and today’s global dynamics. Concepts of dividing and connecting are vital to address the question what is or makes territories that are defined (1) physicallypolitically, (2) by culture and ways of thinking and (3) by common interests such as economy. This includes the investigation of borders of different qualities – from physical divisions, “rurban” situations and political frontiers of countries and states to invisible boundaries between disciplines and social or cultural borders. We will also ask how the less quantifiable aspects of perception and heritage of place, including narrative, memory and the transit space of the border itself, might be interpreted and reflected. By crossing the “border” to various disciplines the programme aims to stimulate a discourse on the evaluation of space and its political and social dimensions.

Borders and Territories: Identity in Place_discussion

A symposium to kick off the new ANCB programme Borders and Territories: Identity in Place with Theo Deutinger, Annett Zinsmeister, Ai Weiwei and Lukas Feireiss This first event has served as an introduction to the programme. To display the full scope of the current development with regards to territories, cultural borders, identities and geopolitical corridors, protagonists from different disciplines discussed key aspects of their motivation, work and positions.